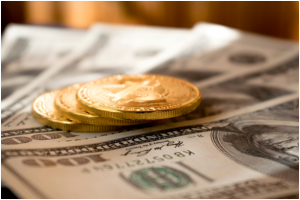 A Wealth Tax is usually defined as an annual tax levied on the net worth, or total assets net of all debts, of an individual or household above an exemption threshold. Net worth is made up of financial assets — such as bank accounts, bonds, stocks, and mutual funds — as well as non-financial assets — such as real estate, luxury goods, and family heirlooms.
Why is a Wealth Tax needed?
Amid debates that the Wealth Tax is probably unconstitutional, the data in support of imposing a Wealth tax is unquestioned. Data from the Federal Reserve shows the following trends over the past decades-
·The top 1% owned nearly one-quarter of all U.S. household wealth 30 years ago- and now owns nearly one-third.
·The bottom 50% of the population has gone from 3.7% of the wealth in 1989 to 1.9% today.
·As of 2016, the median family income in the U.S. was nearly $65,000 — not quite one-third of what the 90th percentile household had. But the median family wealth was around one-twelfth of the 90th-percentile family, with nearly $1.2 million. (The ratio for the 10th-percentile household to 90th-percentile is far more gaping — the 10th-percentile family has -$950 in wealth.)
This intense inequality in wealth is why the need for a wealth tax has now come into being.
How is a Wealth Tax imposed?
Wealth taxes are imposed on the market value of total assets minus the market value of total liabilities owned by households. In the current U.S. tax system, the estate tax is a special case of the wealth taxes, imposed at a single point in time. Property taxes are superficially similarly to a wealth tax; however, they do not subtract out liabilities.
Economically, this makes them more akin to a user fee of sorts. Comprehensive wealth taxes have never been implemented in the United States, and as such, American taxpayers are largely unfamiliar with this type of a tax. Thus, it may be easier to understand the basics of a wealth tax by comparing it to individual income taxes, which have been a main source of U.S. federal revenue since the late 1940s.
Most proposals suggest levying a wealth tax as an addition to existing forms of taxation, not as a substitute. A number of wealth tax proposals also include an “exit tax” on assets transferred abroad to curb tax avoidance.
Conclusion:
The US tax scene is an ever changing one as it inculcates the changes in the society and the economic state of its population. But no matter what the changes are and will be, the IRS maintains its level of strictness to all its matters, including the annual tax returns. For which our tax experts at the National Tax Preparers of America (NTPA), are here to assure relief from all tax related problems.