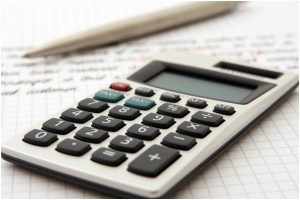 The tax season is upon us and so are the tax related queries for us to ponder. But what are taxes exactly? Taxes are a part of the Tax policy which is the choice made by a government as to what charges to levy, in what amounts, and on whom.
The tax policy is often a subject of critique by the Tax Policy Center (TPC), officially the Urban-Brookings Tax Policy Center, is a nonpartisan^think tank based in Washington D.C.  A joint venture of the Urban Institute and the Brookings Institution, it aims to provide independent analysis of current and longer-term tax issues, and to communicate its analysis to the public and to policymakers. TPC combines national specialists in tax, expenditure, budget policy, and microsimulation modeling to concentrate on five overarching areas of tax policy: fair, simple and efficient taxation, social policy in the tax code, business tax reform, long-term implications of tax and budget choices, and state tax issues.
As is the case with most government policies, the tax policy too is under constant fire by the tax payers. In such an effort to “correct” the present tax system, the Fair Tax Plan was proposed to the government. Some salient features of the Fair Tax Plan are-
1.The Fair Tax Plan is a sales tax proposal to replace the current U.S. income tax structure.
2.It abolishes all federal personal and corporate income taxes, the alternative minimum tax.
3.It ends all taxes on gifts, estates, capital gains, Social Security, Medicare, and self-employment.
4.The plan replaces them with a federal retail sales tax of 23% to be administered by state sales tax authorities. The sales tax would not apply to imports, commodities used in production, or used goods.
Supporters of the Fair Tax Plan believe that a 23% sales tax is regressive because it impacts the poor the most. To make it more progressive, the Fair Tax Act proposes that all Americans receive a monthly “prebate”, which would be equal to the 23% tax on the monthly cost of living at the poverty level. According to the Department of Health and Human Services, the poverty level for a family of four was $26,200 in 2020, so the prebate would be $6,026 a year.
Tax are drafted and implemented by The Office of Tax Policy. The main functions of the Office include-
1. Developing and implementingtax policies and programs
2.Reviewing regulations and rulings to administer the Internal Revenue Code
3.Negotiating tax treaties
4.Providing economic and legal policy analysis for domestic and international tax policy decisions, and
5.Providing estimates for the President’s budget, fiscal policy decisions, and cash management decisions.
As we now approach the dreaded deadline of April 15, taxes are more important than ever to the average tax payer. They are dreaded more so because one and all understand the consequences of filing their taxes wrong. This is where the tax experts at National Tax Preparers of America (NTPA) can help you get through this tax season safe and free of anxiety.